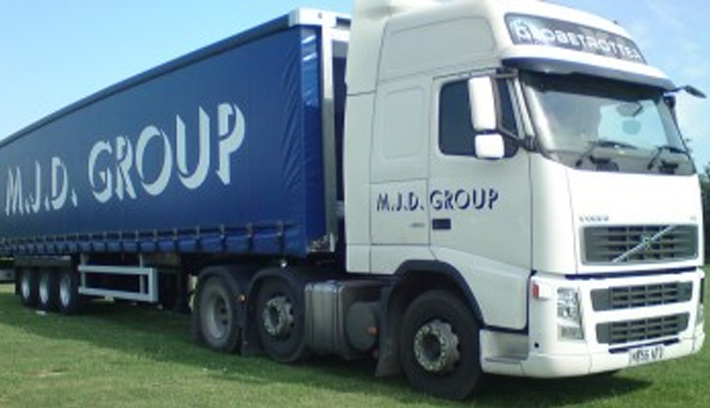 Following extensive trials, MJD Group in the UK has ordered the addvantage system for their entire fleet. Installation is already underway, and the schedule to equip the entire fleet is being drawn up to coincide with each vehicles routine maintenance stop eliminating any unnecessary down time.

MJD Group demoed the fuel saving technology on their own trucks in real-world conditions for a full month.

It would be an understatement to say that as they entered the trial phase they were somewhat sceptical regarding the company’s bold, double digit MPG improvement claims.  However, this early scepticism was laid to rest almost as soon as the trial began. They were delighted with both performance improvements reported by their drivers and the dramatic fuel saving of almost 17% achieved.

Profit margins in the trucking industry worldwide are notoriously tight. Fleet operators are continually seeking new and innovative methods to improve efficiencies. Every small improvement in fuel efficiency counts, the savings delivered via addvantage can transform margins and give an operator a huge competitive edge.

Like many fleets, MJD had investigated and rejected all number of solutions involving alternative fuel conversions and even dual fuel systems due to high upfront capital costs and lengthy payback periods – neither of which relate to fitting addvantage.

So what’s involved? Simply put; using live onboard powertrain telemetry and proprietary software, precisely calibrated levels of LPG (under 5%) are injected into the engine to create more efficient combustion, delivering a substantial fuel saving as a result.

“We had reservations to begin with, however performance improved very significantly and immediately. From the first day onwards, our driver reported smoother gear changes, higher low end torque and much improved overall performance. When analysed against the control data, we saw an average 16.78% increase in MPG. We are now adding this product across our fleet which will mean substantial financial benefits to our business as well as reducing CO2 and all other vehicle emissions significantly.”

Want to find out more?
We’d love to hear from you

We’ve got a lot more to tell you about addvantage. Get in touch today to discover more or to ask about a free demo.